VIDEO REVIEW: 5 things you should know before playing ‘Hyrule Warriors: Age of Calamity’

When “Hyrule Warriors: Age of Calamity” was announced, the excitement spread like wildfire at the story prospects and exploration it proposed. It was marketed as a prequel to the most recent, and most successful, Zelda game “The Legend of Zelda: Breath of the Wild”. After completing the new game, I can safely say it was not the experience I was expecting, but it was nonetheless enjoyable in its own right.

Here are my top five things you should know before playing “Hyrule Warriors: Age of Calamity”.

The biggest issue people are having with this game is that it brings back a Zelda classic: time travel. The game begins with events from “Breath of the Wild” already occurring, which leads to a small egg-shaped guardian going back through time to stop the catastrophic events. While the time travel aspect of the story is interesting, it leads to major divergences from the original story gamers were told in “Breath of the Wild”. So if you decide to play, expect some changes along the way.

If you are looking for another puzzle-solving, world exploration game like “Breath of the Wild”, you might be disappointed. “Age of Calamity” is first and foremost a Hyrule Warriors game, and follows the same hack-and-slash style of combat from the previous installments in the series. Each character has a unique set of moves and combos they can perform, as well as access to the Sheikah runes from “Breath of the Wild” and elemental rods.

The cast of characters accessible to you in this game is much larger than people might realize. Excluding secret characters you can unlock through quests, there are 14 characters total to make your experience more diverse. That being said, the main characters of this game are: Link, Zelda, Impa, and the four Champions who are chosen to help these three stop the land from succumbing to the Calamity. These seven, along with our small egg-shaped guardian, make up the cast you will play with throughout the majority of the game.

Much of this game can serve as fan service for all those players who played “Breath of the Wild” and are anxiously waiting for its sequel. This game is something to tide players over and provide them the chance to revisit the land of Hyrule. Players can not only play as the four Champions, but there are also sections of the game where you can control the Divine Beasts. These four mechanical creatures served as the dungeons in “Breath of the Wild”, and now players have the ability to see them at their full power. So while the maps may be small, and you cannot traverse over the open-world, Nintendo definitely did enough to keep fans interested and wanting to experience the possibilities absent from previous games.

“Age of Calamity” expands on the world set before the player, but in a less explorative way than other Zelda games. Players can learn more about the people in Hyrule, as well as the world around them, through small quests in the game. Expositional text appears on the map along with the quest’s completion, detailing the story of the area to show how you are helping the land grow and thrive. While it is not the discovery method that players might have expected, it is certainly an effective way of helping players discern the history of Hyrule.

The experience of “Age of Calamity” is different from what I think a lot of players might have expected. But overall it is still a very enjoyable game and provides an interesting story, active gameplay and developed world for players to explore. If you were on the fence about playing, I say give it a shot. There will definitely be a part of this game you will enjoy, so why not pick up a Master Sword and get ready to bring it to the battlefield. 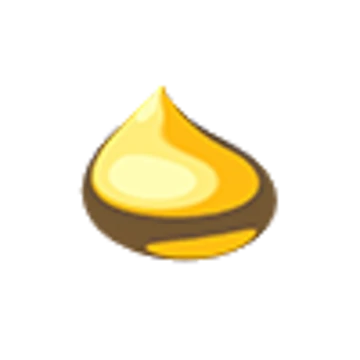